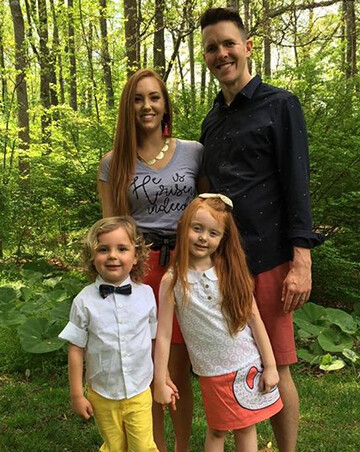 Brian is a native of Winston-Salem. He has been playing drums since he was a boy and currently plays guitar as well. He is an accomplished musician, having toured with a local Christian worship artist, participated in a band, and even produced an album. Brian earned a degree in Electronic Media and Broadcasting from Appalachian State University, where he had his own radio show called “Classic Rock and New Rock with B-Rock” (“B” for “Brian,” of course). During his final year of college, Brian felt called into ministry and, in May of 2011, he earned his Master of Divinity degree from Campbell University Divinity School. Brian has served as a youth minister locally for the past few years before joining us here at River Oaks. From B-Rock to B-ROCC…we are thrilled to have him on our team! Brian earned his rank as an Eagle Scout when younger and continues his enthusiasm for the outdoors as an adult. He enjoys water skiing, fishing, hiking, rock climbing, and is even a licensed open water scuba diver! Brian married his high school sweetheart, Casey, in 2008, and they have a beautiful young daughter, Journey and a son, Jett. Brian and Casey have a special love for teenagers and enjoy spending time with their family. When time with young children allows, they enjoy hanging out at the lake and beach.